“JUMANJI: WELCOME TO THE JUNGLE” 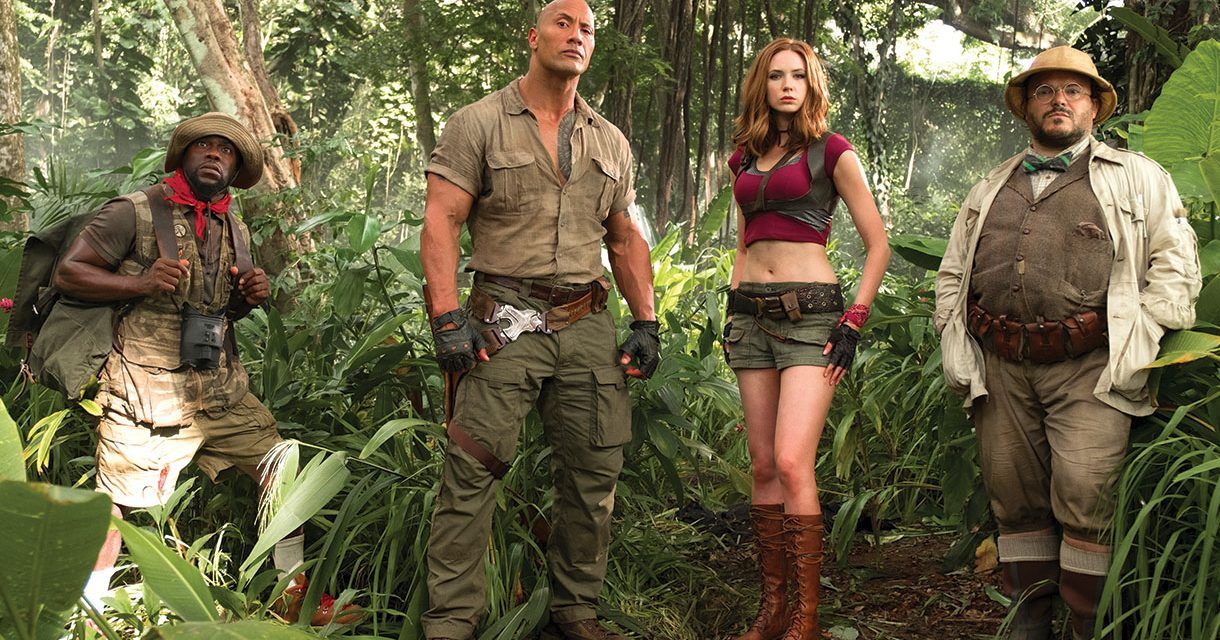 Every once in a while, a movie comes down the road that you just know in your gut, has a special quality to it

In the brand-new adventure Jumanji: Welcome to the Jungle, the tables are turned  as four unlikely friends are sucked into the world of Jumanji.  When they discover an old video game console with a game they’ve never heard of, they decide to play and are immediately thrust into the game’s jungle setting, in the bodies of their avatars, played by Dwayne Johnson, Jack Black, Kevin Hart, and Karen Gillan.  What they discover is that you don’t just play Jumanji – Jumanji plays you.  They’ll have to go on the most dangerous adventure of their lives, or they’ll be stuck in Jumanji forever…

“The spirit of Jumanji flows through this continuation of the story,” says Dwayne Johnson. For the actor/executive producer and so many of his generation, the original Jumanji film captured a spirit of imagination that became the spine of the new film.  “We wanted to bring that spirit of wonderment, of overcoming fears and discovering who you are – it’s all woven through Jumanji: Welcome to the Jungle.  Every once in a while, a movie comes down the road that you just know in your gut, has a special quality to it.”

For Johnson, one of the keys to achieving that was to approach the new film as a continuation – another Jumanji adventure in the same universe as the first film.  “We all have tremendous love and reverence for the original movie – I’ve always been a huge fan of Robin Williams and his performance and that movie meant a lot to me and my family at that time,” he says.  “So, while the jungle came into our world in the original Jumanji, we go into Jumanji in this film.”

In your comments, please refrain from using offensive language and unnecessary criticism. If you have to be critical, remember – it must be     constructive.