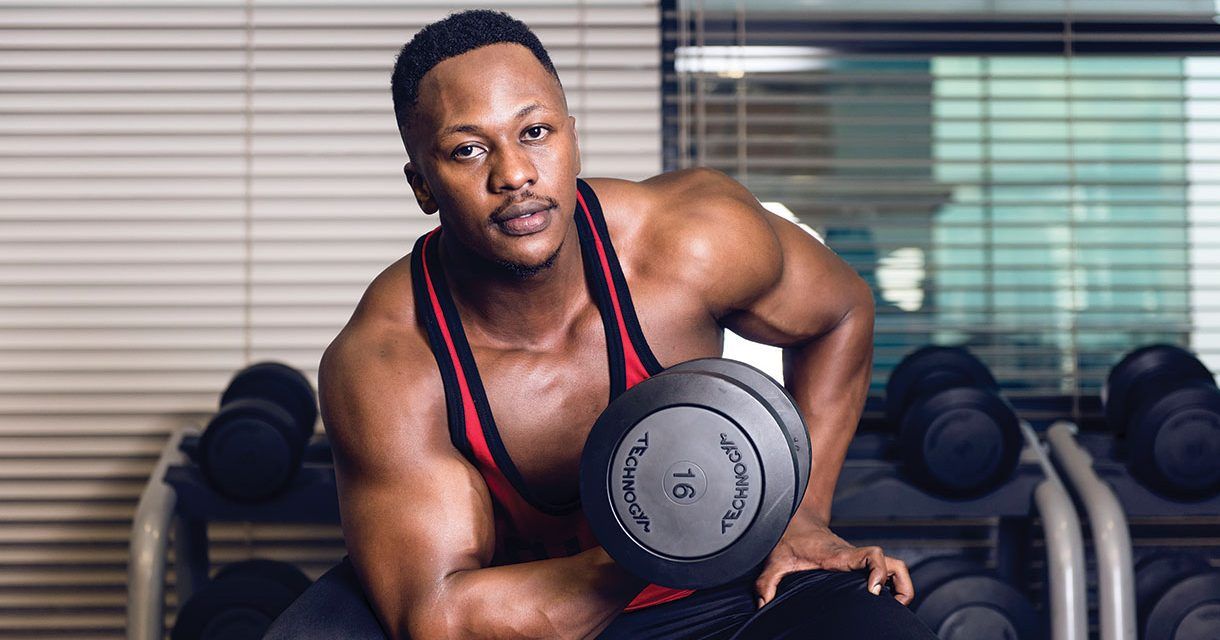 Arnold Schwarzenegger put bodybuilding on the map… and the obsession with bodies beautiful has escalated ever since. SINEAD MARTIN takes a look at the New Age version of a sport that has men and women completely fixated...

The smell of olive oil non-stick cooking spray lingering in the air means only one thing to bodybuilders: competition day. Contrary to what you may expect, this isn’t because they’re scrambling eight egg whites or grilling lean chicken breasts by the dozen, but rather because they’ve sprayed themselves from head to toe with the stuff. “My partner, Francois, always sprays me on the morning of a competition,” says Chad Ossip, a PwC Chartered Accountant by profession and bodybuilder by choice. “It gives you a much shinier finish than body oil,” he explains. Ossip also laughingly admits to bingeing on Krispy Kreme donuts immediately after a competition. It seems that those weeks of carb-deprived training finally catch up with you.

If one takes an inside look into bodybuilding, outsiders’ suspicions (and often their judgements) are verified. It’s a life of hours spent in the gym, muscular posing, plenty of lean protein and really dark spray tans. There are also whisperings of steroids. Any bodybuilding competitor that you speak to will likely be open about all of this, and many admit that they’re not aware of much testing for banned substances going on at competition time. But what really needs to be understood is what gets these dedicated athletes up at the crack of dawn every day and into the gym.

“Funnily enough, you would never see me in the gym when I was a child,” says Kylie Opperman, 2017’s Miss SA Xtreme champion. “It all started in 2013, after that famous first-year varsity spread kicked in, and I decided it was time to make a change. I started with a personal weight loss challenge, predominantly powerlifting and CrossFit. Powerlifting really made me fall in love with training and weights because it challenged me both physically and mentally, and became an outlet for any emotional turmoil. My path crossed with a fitness bikini competitor who suggested that I consider competing. I laughed it off at the time, but eventually I decided to set myself a goal – to step on stage for the first time in 2015. I did this, and I immediately knew it was my purpose in life.” 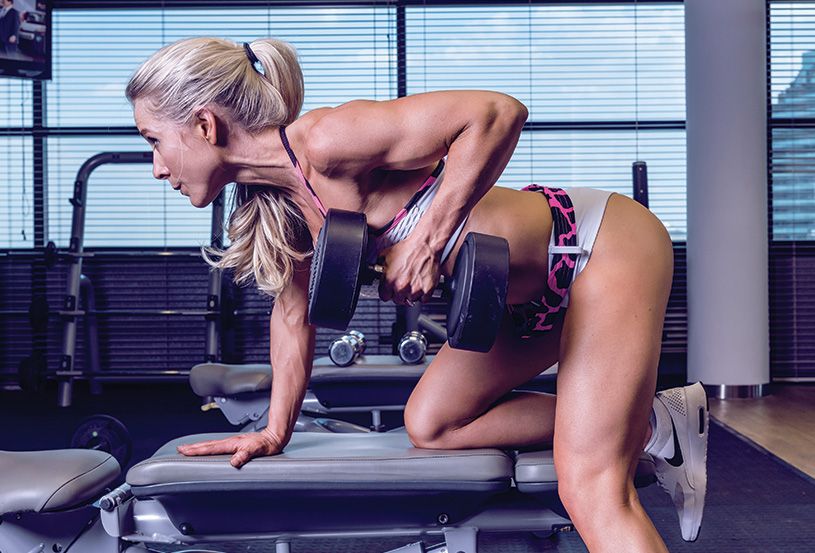 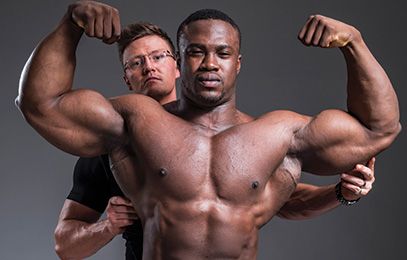 This group of people has a determination and strength that far outweighs anything they’re lifting in the gym!

The deeper you look into this fascinating and somewhat extreme exercise form, the more you realise that it’s a rush of accomplished adrenaline that keeps each competitor coming back for more. While Opperman describes it as finding the “fire” in her veins, Ossip explains that once he gets over his nerves, “It’s a sense of self-worth” that he can’t get elsewhere. They each talk of the process as a journey; a mental journey of self-discovery more than a journey of body transformation. Perhaps the mental strength is an aspect that is often not thought of by outsiders. Sure, one understands there has to be some level of discipline to get your butt into the gym every day, but what about the internal growth?

Just like the rest of us, bodybuilders also fight those negative inner thoughts, questioning whether they’re good enough, tough enough and let’s face it, bulging enough. “The mental side of this whole sport is extremely challenging, but you have to trust the journey,” says Ossip. This was something Opperman learnt to do early on. And while we tend to accept the masculine form when it comes to body building practices, as a society we aren’t quite as accepting when it comes to the female form. Opperman, however, has used her journey as a route to female empowerment. “Winning SA Xtreme in June, and taking the Overalls category too, was a real momentous moment for me,” she says. “I took a year off from competing and decided to work on my ‘weak’ areas. I’ve always been a muscular woman, blessed with good genetics,” she laughs, “but entering the Body Fitness category, two divisions higher than I had ever entered before, was a moment I look back on as a time where I showcased myself through my bodybuilding, and how strong I had become as a woman, mentally. It was a physical reflection of my mental strength.”

Having placed fifth in the Rossi Grand Prix Beach Body Division last year, Jaco Smit, manager and trainer of Morningside’s ARENA wellness gym, credits the hard work he sees each day as his greatest motivation. “Seeing our clients train so hard and push themselves constantly motivates me to be and do better in my own training,” he says. Smit has a great reputation when it comes to getting competitors stage-ready. In fact, he helped Ossip place second during Ossip’s first time competing at the IFBB Gauteng Novice earlier this year. Smit explains that the week before a competition is the toughest, both mentally and physically. “Peak week is probably the hardest time because your mind starts playing games with you and you get plenty of cravings for the good food, but it’s balanced by the fact that you can see your body literally changing by the day. It’s absolutely fascinating!” 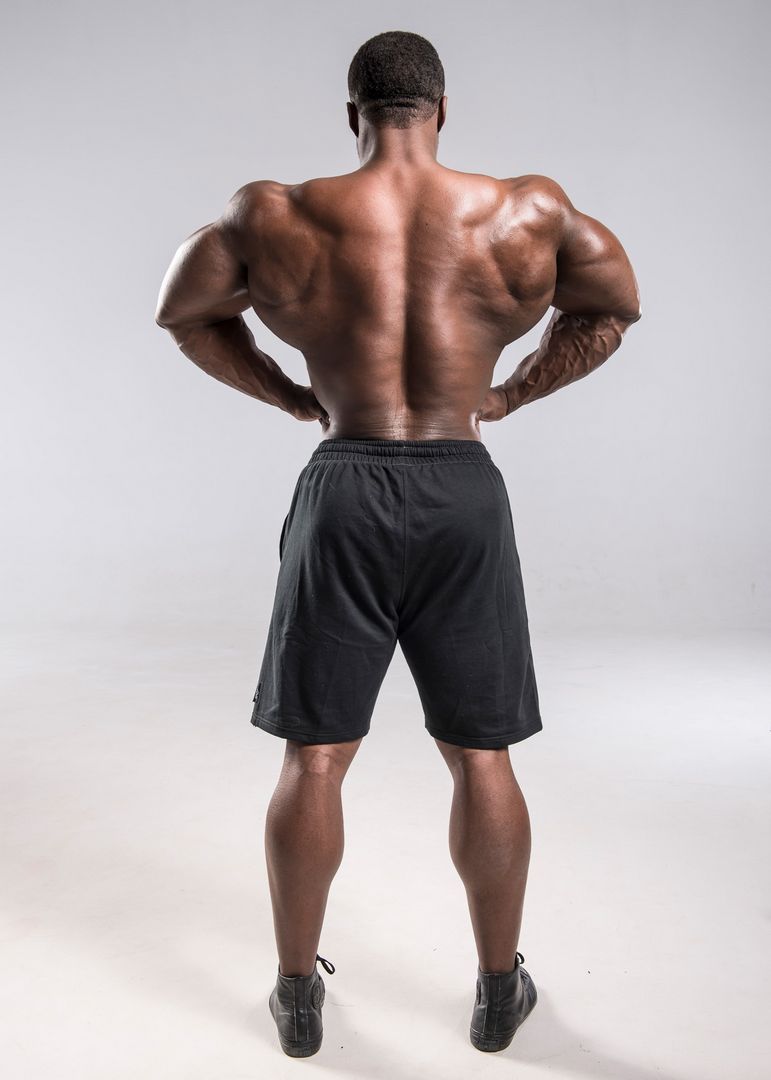 And then there’s the world of social media. A quick search on Instagram and ‘#bodybuilding’ will pull up more than 64 and a half million posts (and counting!). Whether you scroll through the muscular feed for motivation or simply to be nosy, there’s no denying that this is a large and popular community. “Social media has been one of my greatest tools,” reveals Opperman. “It has always provided me with an incredible platform to reach out to people, inspire and motivate them, and change lives.” All 4,000 of Opperman’s Instagram followers know her as @miss_k_flexfit, a fitness brand that she has built around her own transformation and success.

Whether it is the mental strength, the power over your own body or the adrenaline rush of competing, there certainly is much more to bodybuilding than meets the eye. Sure, egg whites, gym selfies and whey protein play their part, but this group of people has a determination and strength that far outweighs anything they’re lifting in the gym!