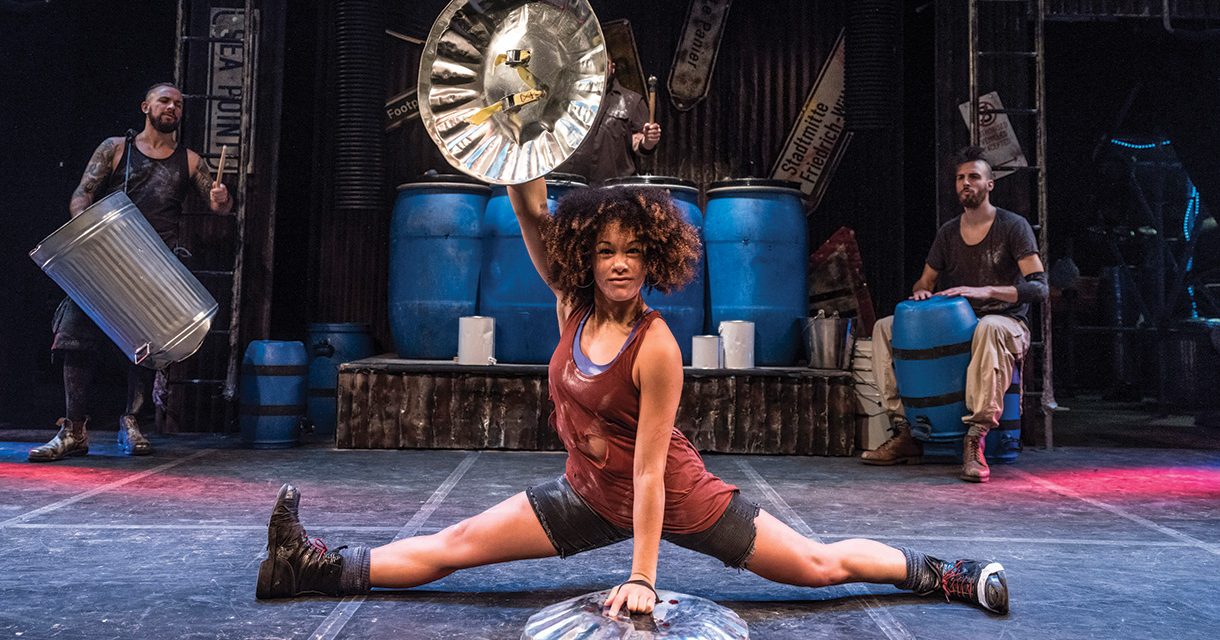 Where rhythm speaks every language …

From London and Paris to Las Vegas and New York STOMP makes music with brooms, matchboxes, hands and feet, poles, chairs, sinks, basketballs, newspapers and more, climaxing with the exhilarating trademark bins routine, where metal trashcans become drums and dustbin lids become combat shields. The encore engages the audience in a call and response that proves rhythm is a universal language.

This wildly entertaining international show, in association with BBC First, has opened at Montecasino’s Teatro on Tuesday, 20 August and will run until Sunday, 08 September 2019.  Thereafter STOMP moves to Cape Town, on stage at Artscape from Tuesday, 10 September to Sunday, 15 September 2019.  Tickets are available only from Computicket, the show’s exclusive authorised ticketing agent.

Matchboxes, brooms, garbage cans, Zippo lighters and more fill the stage with energizing beats at STOMP, the inventive and invigorating stage show that’s dance, music and theatrical performance blended together in one electrifying rhythm. The show toured this country in 2010 to critical acclaim and sold out performances. The sizzling energy of STOMP is beyond infectious. Almost a decade later STOMP is back in South Africa to share its unique and energetic artform while introducing it to a new generation of theatre-goers. 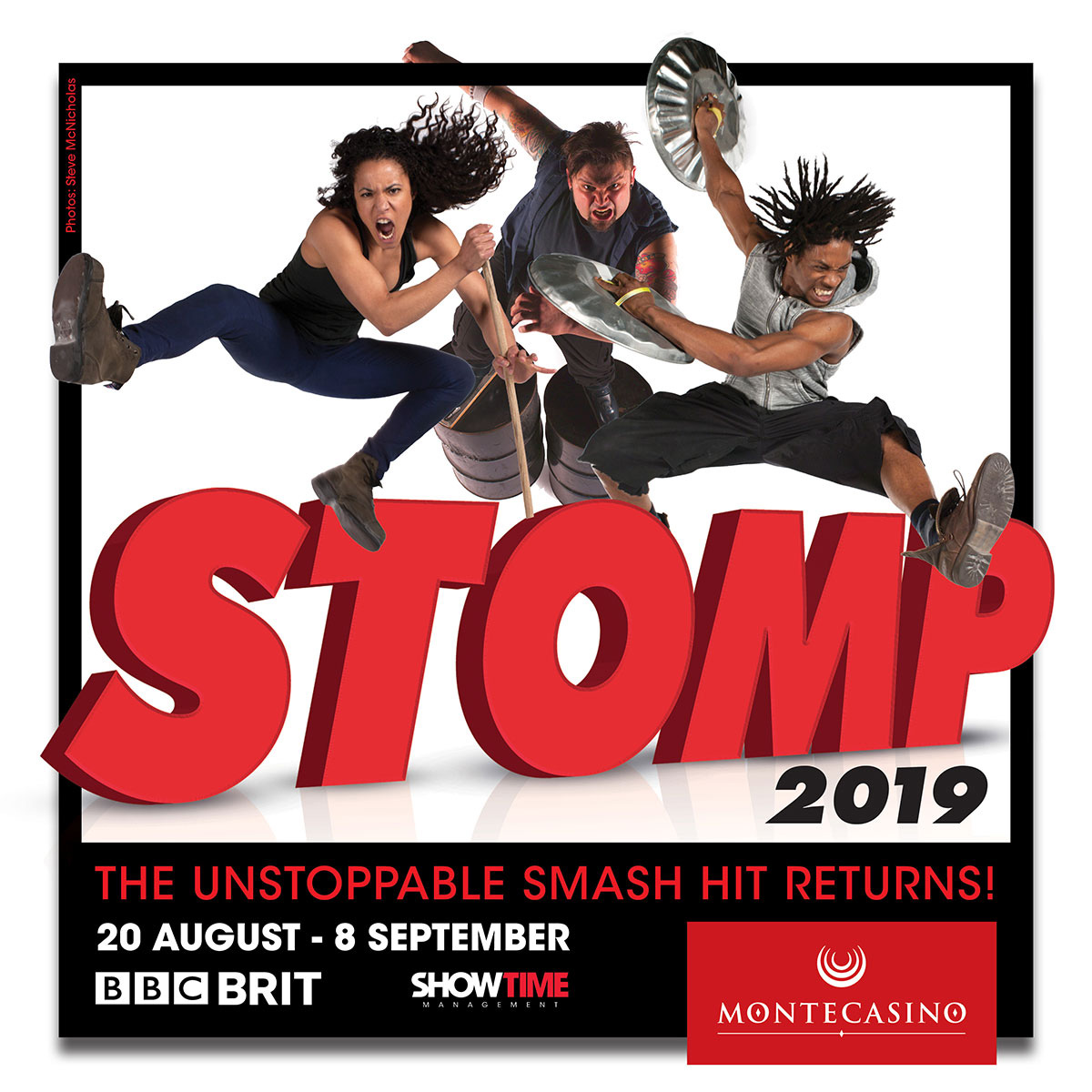 STOMP finds beauty and music in the mundane. It turns brooms into instruments and handclapping into a conversation; the junk and clutter of urban life becomes the source of infectious rhythm and wonder. The highly talented performers take the audience on a journey through sound, where rhythm is the only language. Celebrities who have experienced the show include Jodie Foster, Howard Stern, Denzel Washington, Michael Jackson, Steven Spielberg, Oprah Winfrey and Bruce Willis.

Created in Brighton, UK, in the summer of 1991, STOMP was the result of a ten year collaboration between its creators, Luke Cresswell and Steve McNicholas. The popularity of STOMP continually grew from strength to strength resulting in  the cast performing live at the 1996 Academy Awards (the Oscars) to an estimated audience of almost 1 billion worldwide. The largest assembly of STOMP performers ever (40 performers from 12 different countries) was brought together for a specially choreographed appearance at the closing ceremony of the London 2012 Olympic Games.

There are up to 4 STOMP productions around the globe at any given time. STOMP has been touring the globe for 26 years, playing over 20 thousand performances in 55 countries on 6 continents. In its lifetime STOMP has consumed over 60 000 boxes of matches, 40 000 brooms, 30 000 bins, 20,000 drumsticks and 35 000 litres of black paint applied with 780 paint rollers.

Book now for STOMP by calling Computicket on 083 915 8000 or book on line at www.computicket.com. Computicket is the official ticketing partner for the Chicago The Musical, and tickets should not be purchased from any other supplier/outlets.