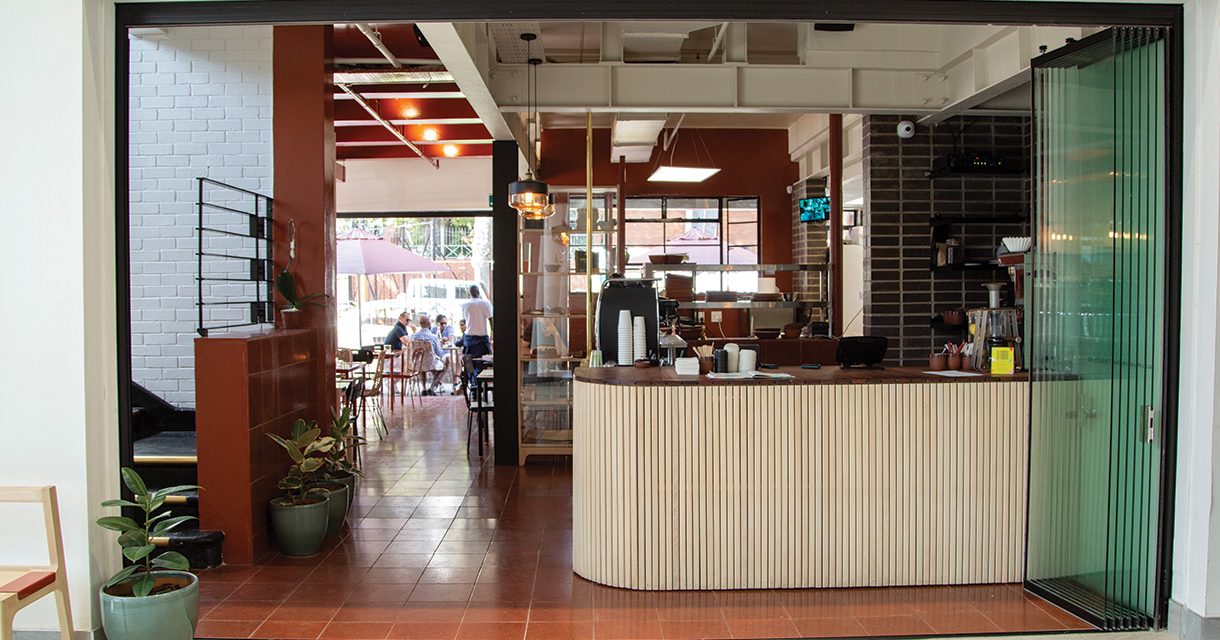 They’re all truly sustainable, truly responsible, truly ethical and with made with true consciousness...

…they are also unbelievably delicious.

BRIK.Cafe does a lot of things really well in that exemplary way we often envy. They do pre-breakfasts, breakfasts, coffees, brunches, lunches, teas, after-work drinks with snacks and now they do fabulous summer dinners, also featuring one of the most interesting and cleverly curated little wine lists in Johannesburg.

There’s a lot to experience at this restaurant and being considerate and kind to our universe just fits in naturally. Very naturally. This is not to say that the food is vegan or vegetarian only. A reasonable part of the menu is – but all ingredients, be they from animals or vegetables are sourced as locally as possible and sustainably. Everything is recycled in some way or other. Almost everything is made from scratch, except the things other people have specialised in, like the Truthery cold press juices, Malies baobab ice creams and Caz kombucha, though there’s lot of Brik pickling and preserving happening all the time.

Summer dinners are served from 6pm to 9.30pm om Thursdays, Fridays and Saturdays and could begin with what BRIK  simply call salads. One of the most delicious of these is made with warm eggplant and Brussels sprout leaves, mint too, relaxing with hoisin, home preserved lemon and some fresh lemon too. It just smacks of summer. But there’s quite a choice.

Before a fabulous selection of unusual desserts, you’ll find the sturdier dishes could be meltingly lovely ricotta and spinach gnudi that has its own green and nutty mole and burnt butter; or choose   terrific roast chicken under velouté sauce with bean bread; possibly thoughtfully cut meat for steaks, maybe tender calamari with roast grapes, grilled cabbage, homemade taramasalata and yes, crackling brik pastry. 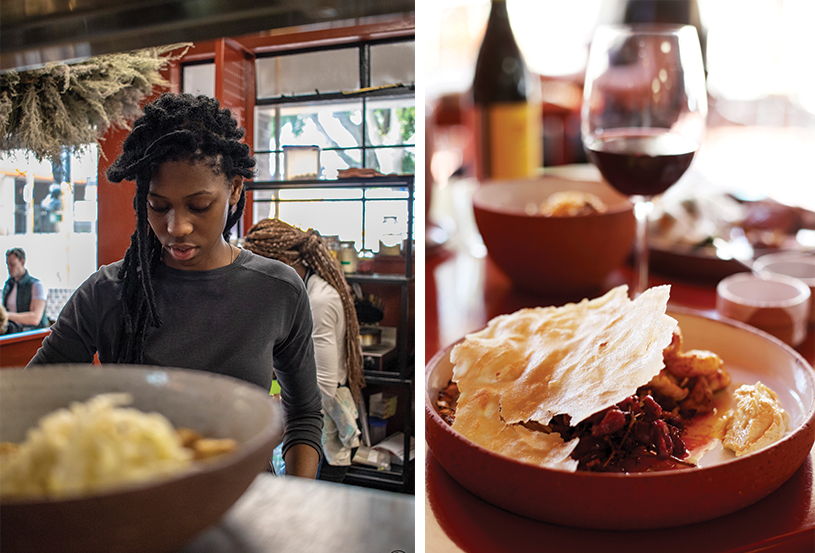 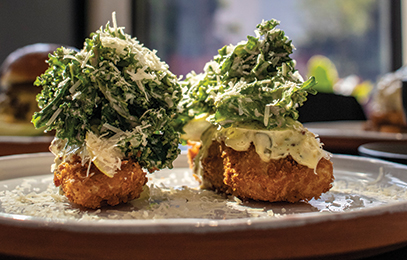 ‘Being considerate and kind to our universe just fits in naturally’

Brik wasn’t named for the pastry but for the ruddy brick corner of the Rosebank fire station, the part with the beautiful bay window, which owner-cook Sasha Simpson lusted after and finally tuned into  her food haven for heavenly-food-lovers. She wanted to do it completely responsibly right from the start. And did.

And  what’s the secret of the impressive service at Brik? If you ask the man with the finest smile, Charles Mdluli, he says it’s about thinking efficiency and speed but he also reckons it’s because of the teamwork the staff indulge in, with their common purpose of ethical food provision for utmost enjoyment.

Even for BRIK it’s hard to dodge all plastics, so what there is becomes eco-bricks. Water and juice bottles go to ‘It’s Not Made in China’ to become tees and bags, some of which are for sale in the retail corner of the restaurant, full of unique and rare finds.

While you’re dining at BRIK and anyone asks you how you’re doing, you’d be very truthful if you answered, “I’m doing good.”

Out of sheer passion for very good food Sasha opened Prep’ed by Sasha caterings doors in 2009 and Brik café in 2019.

Trained at the International hotel school and inspired by colleagues and chefs along her journey in South Africa and the United Kingdom, Sasha found a niche in the catering & food scene.

The past ten years have given Sasha the opportunity of working hand in hand and consult to an array of clients on very creative and exciting projects – Converse, Starbucks, Magnum, Oreo, Super Dry, Scotch & Soda, Blue Ribbon, Ponds, Danone, Woolworths, Trenery, Country Road, Dermalogica and Ponds to name a few.

With her specialisation in trend setting, food styling and event catering – she has assisted in redesigning and styling menus for establishments such as Sabi Sabi Earth Lodge and the Baron group, Mootee, The Artivist and Naked Coffee.

Sasha joined forces with the Naked Coffee Co. team in 2017 to offer the public the Naked Kitchen and Coffee, opened in Morningside and Sandton. Sasha and the Prep’ed team have set up, run and managed the kitchen and food service for the brand.

Sasha has dabbled in designing and cooking for a number of pop up events in Johannesburg including hosting two of Prep’eds own– Ice Cream Sunday and Backyard Pop-Up Bar, collaborating with companies like Secret Eats, Forager, Glenfiddich and Union Bar.

After the introduction to Mark Seftel, co-owner of Workshop 17, Sasha was offered the opportunity of opening a restaurant in the old fire station in Rosebank. She fell down the rabbit hole at the pure beauty and soul that the building encompassed – and Brik café was born.

Johannesburg; at the time had a great positive energy regarding food, with small boutique cafes and restaurants opening up – and the city had space for some change. Brik is a conscious eating café that allows space for small businesses to showcase their products.

Sasha prides herself on creating flavoursome, healthy and on-trend dishes that stretch the boundaries and challenge the traditional. 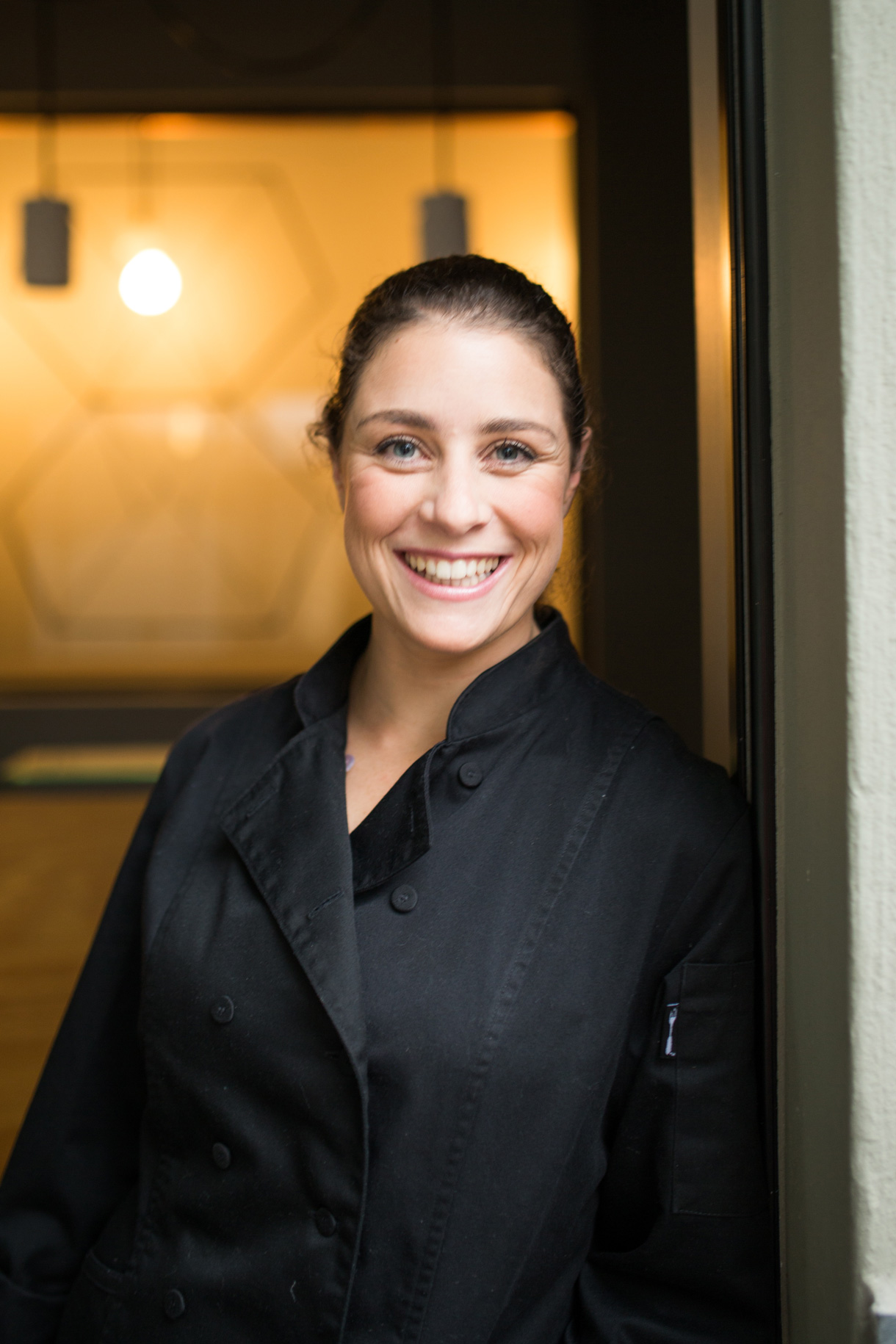