Beware the Mad Giant and its march against a planetary scourge 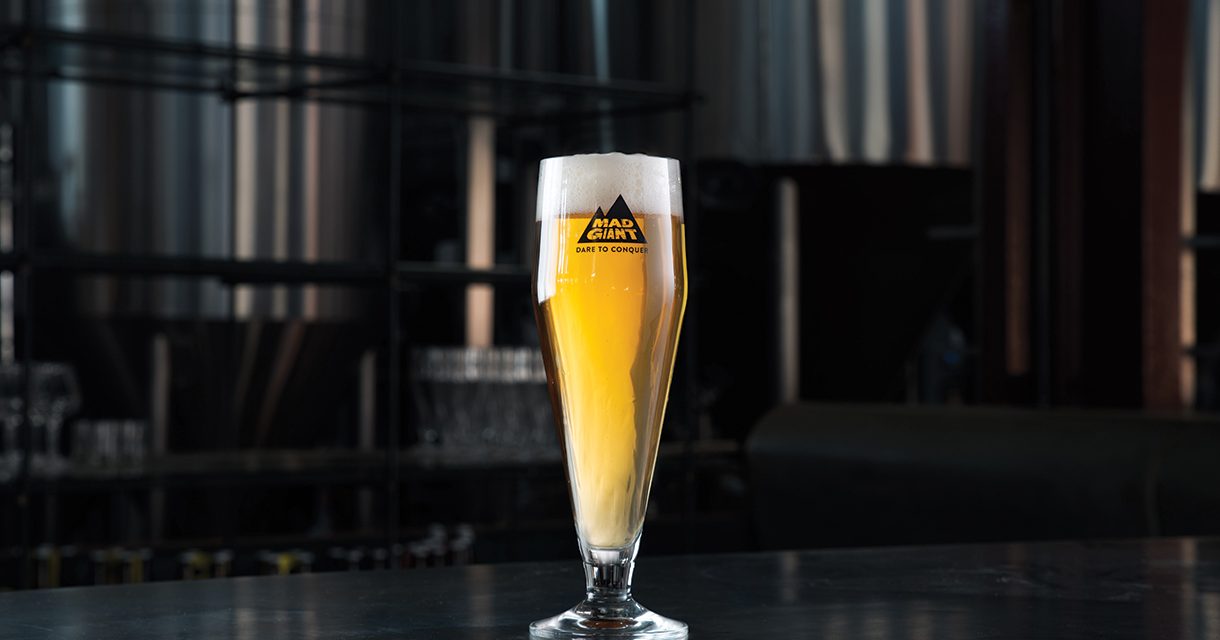 Awesome on the palate and kind to the planet – that’s Mad Giant, brewer of the beer just named Grand Champion (overall best beer) at the 2018/19 African Beer Awards. Having rock ‘n rolled to the title with its flagship Killer Hop Pale Ale, the award-winning Jozi-brewery is now set to intensify its frenzied battle on what is arguably the world’s biggest scourge: single-use plastic.

It’s a battle of epic proportions, but then again that’s what Mad Giant walks, talks and breathes. “Mad Giant is about the ordinary person that’s crazy enough to pursue a massive dream,” says brewmaster and founder Eben Uys.

The brewery was fired up just three years ago with a simple aim: to brew beer for happiness. They soon realised the only way to smack a smile on, as Mad Giant’s tagline howls, is when you know your impact on the planet and people. “Plastic has become a massive pollutant of our rivers and seas,” says Eben, husband and father who has a doctorate in Chemical Engineering. “We don’t have an option but to start a journey of eradicating plastic.

In changing over to cardboard packaging, Mad Giant faced some serious challenges. Moving from shrink wrap to cardboard increased costs ten-fold. “Paper labels are almost double the cost and they don’t last as well in an ice bucket. But we cannot imagine the future cost of trying to clean the ocean and breeding sea life from scratch.”

To some, it’s a bridge too far. Not to the Mad Giant, whose 1 Fox Street location is the very spot from which the City of Gold arose. In those days, the CBD district of Ferreirasdorp may have seemed an improbable birthplace of anything refined – grimy and overcrowded with dusty miners seeking their fortunes on the reef. Now, it’s the thundering heartbeat of an African powerhouse. The neighbourhood has been revitalised, with vibey nearby Newtown Precinct that’s home to the Market Theatre, Turbine Hall & Boiler House, Ginologist Distillery, Inner-City Rooftop farming projects, and the iconic Mandela Bridge.

In this maelstrom of cultures, Mad Giant set up shop – a serious and dedicated craft operation. The interior of its adjoining restaurant, Urbanologi, was undertaken by décor whizz Haldane Martin and clocked Best Restaurant Design in Africa and the Middle East at the 2017 London-based Restaurant and Bar Design Awards.

But beer is what brings pilgrims and the uninitiated alike! 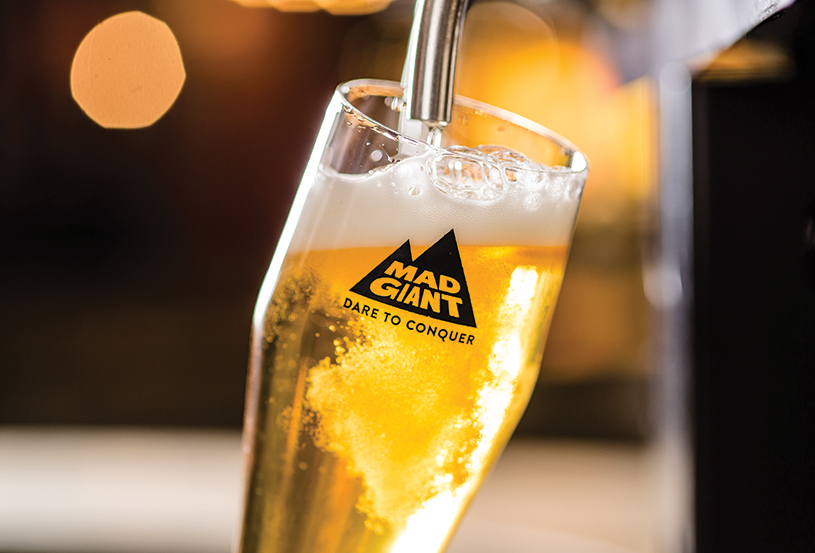 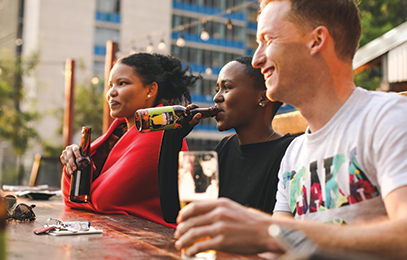 “It’s our responsibility to be friendly to the environment; I want to create a legacy worth something to the next generations.”

“Science,” declares Dr Eben, “has shown that the secret to happiness is to be more social. Our beers therefore encourage a happier life by bringing people together!”

That Grand Champion named at the 2018/19 African Beer Awards was also named Best Pale Ale at the same event. But it’s no newcomer to the bling. MadGiant’s Killer Hop – the beer with explosively tasty flavour, made with four types of aromatic hops and a touch of malt – won a gold medal last year at the SANBT (SA National Beer Trophy) awards.

The rest of the gang

But that’s not all. Something new is always in the pot at Mad Giant be it a whisky barrel-aged porter or a lemon and lime zest-infused pilsner. There are however, five beers available throughout the year. In addition to the award-winning Killer Hop, the top guns are:

About the Mad Brewmaster

When it comes to brewing, 34-year-old Eben Uys is no slouch. It all started with his “DIY Jedi” father who inspired a love for high-level artisan engineering and the kick of seeing a project through from start to finish. A bursary put him on track in Chemical Engineering as “something difficult that would guarantee a good payday someday”. En route, beer crept into his heart. In 2008 while busy with his PhD at the University of Stellenbosch, his team entered the intervarsity brewing competition and won. “What had me most excited was the community and celebration-of-life moments beer creates. That really got to me,” he says.

Getting to the brewery of today however, was still a few years off. It was during his tenure at a large energy company that Eben began to miss the alchemy of the brew. He and a friend decided to take the plunge for the love of the craft.

“Venturing into the brewing industry is a gargantuan challenge, but we had become those people crazy enough to pursue this massive dream.” So was born the Mad Giant.

Come and get some

Mad Giant beer is available at various on and off consumption locations. An updated list of the beer closest to you is available on its website.