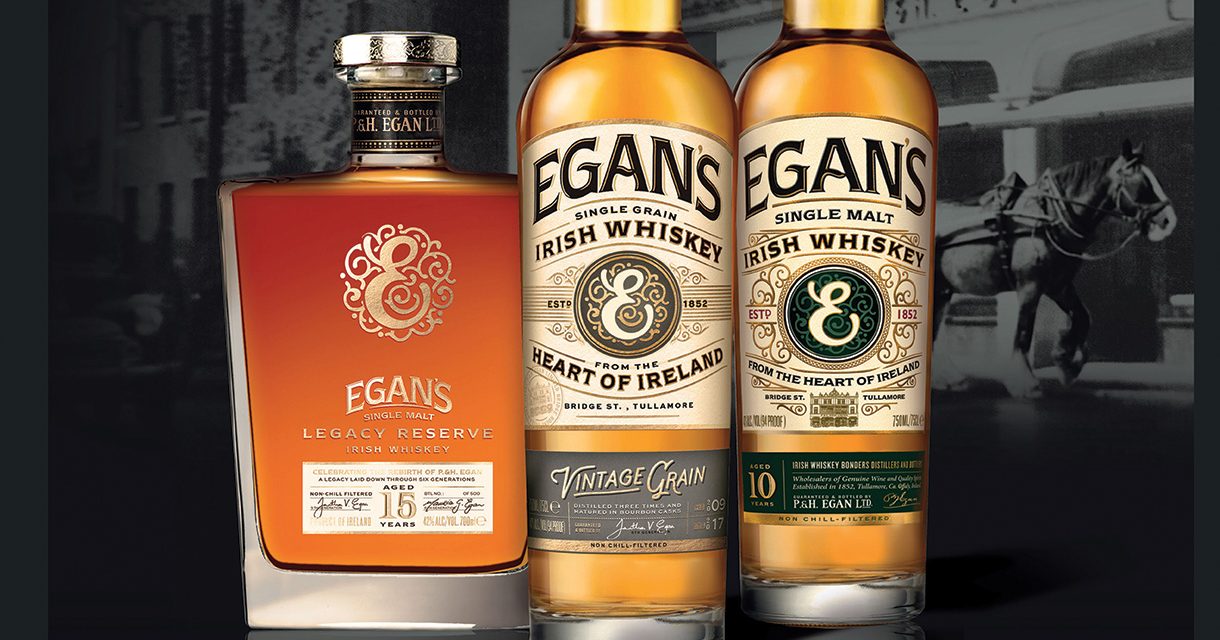 Over the past few years, Irish whiskeys have quietly become the fastest growing, barrel-aged spirit. The reason for this is due to them being accessible, highly aromatic and loaded with an abundance of palate pleasing fl­avors. Regardless of the years of steadily increasing popularity have not significantly driven up their price, thus keeping them more affordable.

Among the brands leading the category’s popularity is recent arrival EGAN’S SINGLE MALT IRISH WHISKEY. Although new to the market, it represents a legacy of nearly 160 years. In 1852 Patrick Egan Sr established P&H Egan Ltd in Tullamore, the beating heart of 19th century Ireland. This spirited enterprise quickly became one of Ireland’s foremost merchant houses, spanning a range of commercial endeavours that included malting, brewing and bottling. Today the Egan legacy and time honoured traditions are carried forward by a family with Irish Whiskey in their blood. This charismatic Ten Year Old Single Malt was six generations in the making.

It is with great excitement that they announce the launch of Irish Whiskey brand, Egan’s. The product will be available in the South African market in December, just in time for the festive season. 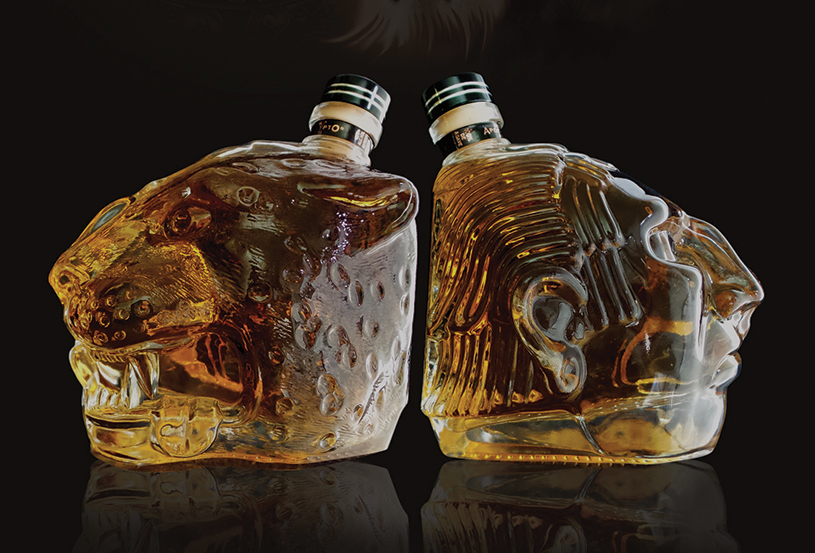 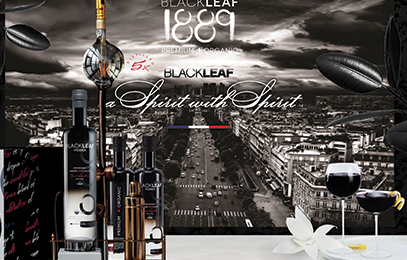 Six generations in the making

A little background on the brand.

In 1852 Patrick Egan purchased The Bridge House in Tullamore, County Offaly, the beating heart of 19th century Ireland. This was the start of what would become P.&H. Egan Limited. Patrick Sr’sons, Patrick and Henry took over the business in the late 1800’s and developed it into a wide ranging commercial enterprise that encompassed brewing, bottling, malting and of course, whiskey. P.&H. Egan traded successfully for 116 years but after a series of unfortunate events, the company entered voluntary liquidation in 1968. However, in 2013, Egan family members spanning generations and from across the globe came together and reformed P.&H. Egan Limited. They are a family with Irish Whiskey in their blood and they’re not done telling the story just yet.

Egan’s develop one of the largest breweries in the Midlands.

1916 – P.&H. diversify into hotels. general trade & importing of wares – everything from cradle to grave. Henry’s son P.J. takes over the helm.

The range consists of :

Egan’s vintage grain
Egan’s vintage grain is a celebration of the extraordinary industry and endeavour of their forefathers and their passion for the craft of malting, brewing and bottling. Casked in American oak bourbon barrels for a minimum of eight years, this single grain Irish whiskey was meticulously hand-selected by Jonathan v. Egan, the sixth generation of a family with whiskey in their blood. A truly unique Irish whiskey expression, Egan’s vintage grain’s lighter style compares very favourably to its heavier pot till and single malt cousins.

Matured exclusively in Pedro Ximénez casks to create a full flavoured whiskey with a strong influence of sherry. Specially crafted to celebrate the strength of character and resolve of their co-founder and passionate Irishman Henry J. Egan.

Henry J. Egan, co-founder of P.&H. Egan, was a formidable businessman and passionate Irishman. A founding member of the Tullamore Land League, he was once arrested for organising a rally supporting fellow Irish nationalist and land reform agitator Charles Stewart Parnell. However, his brief sojourn in Naas jail did little to damage the company’s commercial operation. As wine & spirit merchants, Egan’s had developed an extensive trade – both domestically and for export – bottling and bonding many Irish whiskeys as well as importing large quantities of sherry, port and rum.

Aged for over 10 years in American oak single malt, this charismatic ten year old single malt Irish whiskey was carefully selected by members of the Egan family and proudly represents over 160 years of family heritage.  Aged for a minimum of 10 years in American oak, this single malt Irish whiskey is non chill-filtered to retain the unique characteristics of the carefully selected casks. Enjoy as you would your favourite single malt. Neat, on the rocks or with a dash of water.

Volume II of the legacy reserve series finished in French Banyuls A.O.c. casks this exceptional single malt, aged for 16 years in American bourbon casks, has been carefully hand-selected by the Egan family. Limited to only 1,000 bottles, the second release has been finished in a Banyuls cask, made from old vines on the slopes of the Catalan Pyrenees in France. This results in a chocolate nose, a sweet and fruity palate, ending with a slight cassis aftertaste.

Egan’s Centenary commemorates 100 years since the passing of their co-founder and a leading figure in the struggle for an Independent Ireland. This exclusive release is a blend of meticulously selected single malt and single grain Irish whiskey. Both beautiful in their own right, they are elevated above the sum of their parts when combined in the right proportions. The elegantly complex single malt whiskey character is balanced with lighter notes of vanilla sweetness from the grain whiskey. Together they are married in xo cognac casks of French limousine oak to add further layers of flavour. Egan’s centenary is non chill-filtered to retain its unique characteristics and decadent mouthfeel. This one of- a-kind expression is a must for any serious whiskey collector or connoisseur.